Is it possible to make artificial flowers as you like?

In the process of making artificial flowers, do we need to design it first and then make it? In fact, most people did not give it a certain design space in advance when making it. In the process of making it, I feel that it should be made according to what method, so that it can achieve the most exquisite effect, and then make it. But this is the goal that some small workshops achieve when they are making.
For many companies that specialize in artificial flower production, because they are producing and making artificial flowers in large quantities, they must first produce a design drawing and produce according to its fixed template. Only in this way can it be produced in batches. If we are all designing at will, then we will not be able to meet the needs of the enterprise. After all, it has a huge market space. We can’t really make it according to our own imagination, because not everyone has the talent for design, and the artificial flowers produced can be recognized by people.

Generally, the effect is first designed according to the professional designer, and then it is produced. In this way, it can reach the overall standard, and the artificial flowers produced can be sold in large quantities in the market when they are sold. 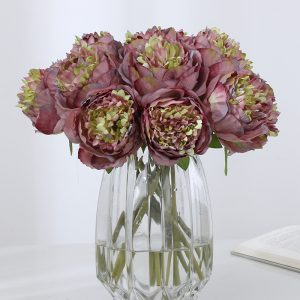 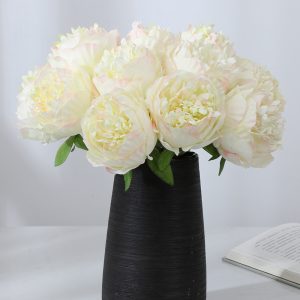