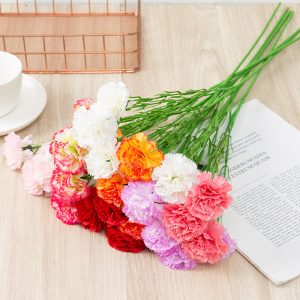 Looking at historical data, the Chinese folks are no stranger to the application of artificial flowers. As early as in the Tang Dynasty, Concubine Yang and her court ladies were the first to use silk flowers to decorate their hair and breasts because they had no flowers to insert in the cold winter season. At that time, the “Picture of Hairpin Lady” painted by the painter Zhou Chou was a vivid portrayal. In modern times, domestically produced artificial flowers have developed rapidly, and a large number of products have been exported from Beijing, Shanghai, Guangzhou, Shenzhen and other places. On March 16, 2005, an international tourist souvenirs and handicrafts fair was held in Beijing, and 71 imitation companies from all over the country participated in the exhibition. Its sales have reached the highest record in all years.
It is true that “things are in harmony with the mind, and the environment is in harmony with the mind.” From ancient times to the present, all living beings prefer vivid flowers, plants and trees, because they are all living individuals in nature, and there has been a state of unity of the things that pray for me in the flowers and the things I have in me. However, there is still a related connection between “fake it is true when it is true and false, and where there is nothing but nothing”. While we love flowers, we also provide a wide space for the development of handicrafts such as artificial flowers, attracting more and more people to appreciate them. This is just like rockery and water will also outline the artistic conception of “green hills looming with water, and the grass in the south of the Yangtze River at the end of autumn”.
Nowadays, modern cities are lined with high-rise buildings made of steel and concrete, and people’s space for enjoying nature is getting narrower and narrower. People feel dull and depressed in their hearts. In this noisy and cumbersome city, people began to seek green decorations that are close to nature. The emergence of artificial flowers has undoubtedly established a link to beautiful nature for people. 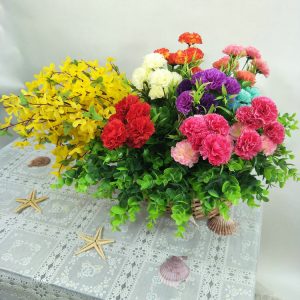