Flowers are occupying a higher and higher position in people’s lives, because flowers are not only a good decoration, but also an item that can express people’s emotions in some special periods. Although flowers are becoming more and more important, they still have some shortcomings. One of the most prominent ones is that flowers are not suitable for long-term preservation, and it is troublesome to manage them. In order not to affect the beauty of the flowers and to avoid these shortcomings, people transform the material of the flowers to form an artificial flower.
There are two main advantages of artificial flowers, one of which is that they can be stored for a long time. Although the appearance of flowers is the same, there is no difference in comparison with real flowers, but artificial flowers are generally made of special paper or plastic, so in terms of preservation, it is better than real flowers. The words are easier to preserve for a long time.

Another advantage is that it doesn’t need to be taken care of frequently. When ordinary bouquets are used as decorations, people need to change the water and arrange them frequently. But artificial flowers are not the same. They don’t require people to spend too much energy on them. They only need people to clean up the dust on the flowers after a period of time, and they can immediately restore their original beauty. No matter from which aspect, artificial flowers are better. 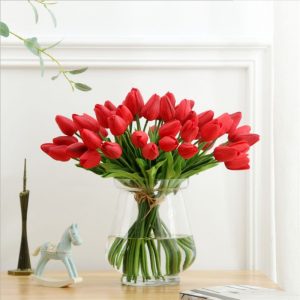 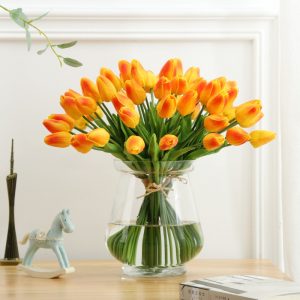